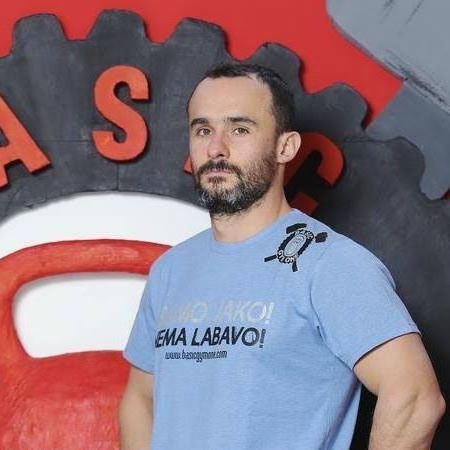 Marino Bašić graduated on Faculty of Kinesiology, University of Zagreb. He is a Phd student at Faculty of Kinesiology in Zagreb. Marino is owner of Basic Gym One and lecturer on Fitness Academy in Zagreb. He is author of Mens Health book “Get your Muscles with Bodyweight Traning” and “Basic Training for Life” and author for Croatian magazine Tennis and fitness editor for Mens Health Croatia. He is also UEFA A football coach.

As fitness coach he worked in tennis camps for Croatian Tennis Association and with players Borna Ćorić, Nikola Mektić, Franko Škugor, Ante Pavić, Jana Fett, Dino Marcan and many others. He is also working with Croatian Ski Team. With FC Interblock Ljubljana won Slo Cup & Super Cup 2007/08. And with Borna Ćorić he won junior US Open. He and his team are working with Živa Falkner since December 2016.