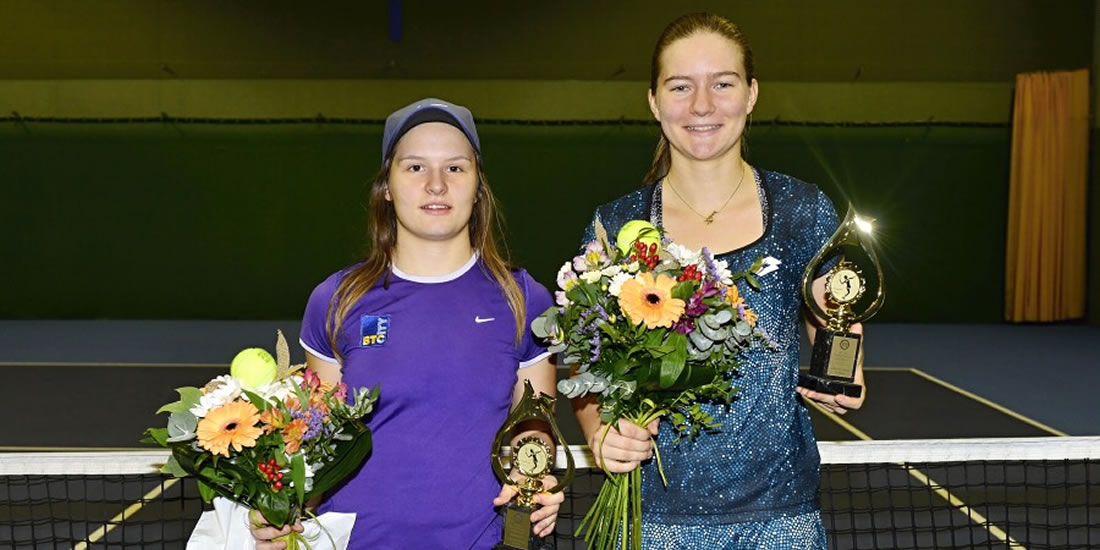 Win in doubles in Bratislava

At the World junior IFT Ranking Tournament (rank 2) in Bratislava Živa Falkner and Pia Lovrič won in doubles. As fourth seeded players of the tournament they ousted among others in the semi-finals (6-2 and 6-4) the first seeded Czech Kristyna Lavickova and the Slovakian Nina Stankovska. In the finals they won the Polish Julia Jelen and the Czech Marketa Panackova by 6-1 and 6-3.